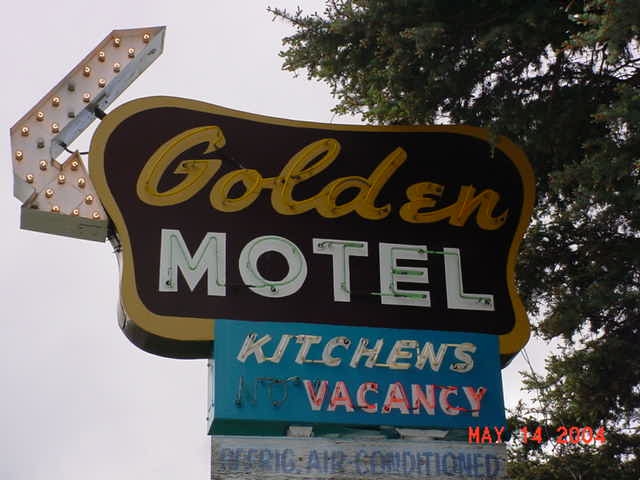 A painter named Wendy falls in love with a man from Cedarburg, Wisconsin. When they first meet he contends, "I was only born in Cedarburg. I never lived there long. My parents took us to the outskirts of Chicago at an early age."

They are in an adult education Spanish class. He speaks to her with his slippery grasp of the language, mispronouncing half the words he says and misusing the other half. She tells her friends he is very cute and praises him for frequently raising his hand in class. They marry and have one daughter.

When he is close to fifty a hankering for youth takes hold of him and he begins to get involved in "Extreme Sports," like paragliding, rock climbing, and mountain biking down steep inclines. He cannot believe the great firm asses of women he sees at the rock climbing wall in the local gym. One night he tells his wife about them; how he'd love to be smothered by one, while of course she was in the bed alongside them. The next morning Wendy paints a canvas full of evergreen trees and large, pimpled, disembodied buttocks. She places it on his pillow before he gets home from work. But it is too late. At the office he grabs the new receptionist's nice round ass. The incident is reported to the company's partners and he is executed in the basement, a bungee cord squeezing his windpipe shut.

"The Parable of the Stones" John Quince Jr. named his latest masterwork. A poem in eight parts, it told the reader, against the backdrop of young love, which stones had a reputation for bringing good luck and which the bad.

When his creative writing instructor read it, herself a poet of some mild repute, she found many good things about it but also faulted it for trying to be more than it was. You're twenty-six kiddo. Don't start preaching yet she considered writing on the last page. After class John Quince Jr. asked her to be more specific about her points of contention. Underneath her shirt she displayed to him a cream colored brassiere and very quickly the poem's relevance was no more.

Later in their courtship his suggestion of having Chunky Soup for dinner is berated as immature and she locks him out of her apartment for a few days. In time the University reports that she is involved in a family emergency and a substitute is found just before Thanksgiving to finish the term.

John Quince Jr. himself is unable to continue and jumps to his death from a suspension bridge over the city's waterway.

A century later "The Parable of the Stones" is discovered in a storage facility in the University. A young, unhappy Literature Professor gets his hands on it and soon it is published in an anthology of Great American Nature Poems.